Evening festivities take place at the Theater In The Wood

More information and tickets can be found below... 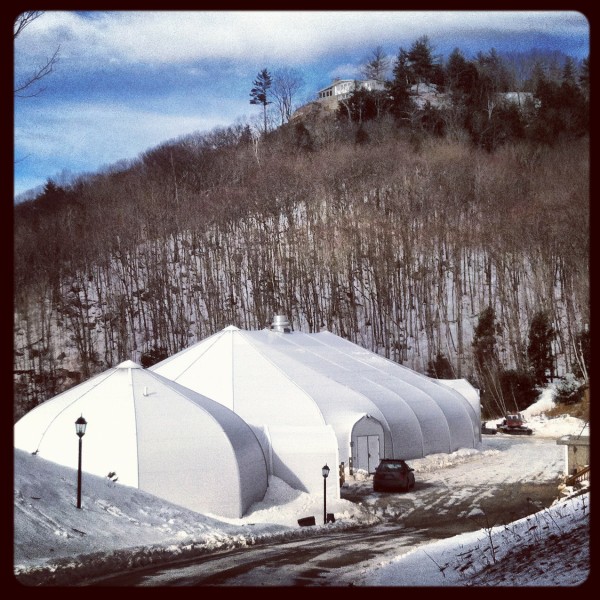 We kick off this evening with a presentation and panel on Ice Climbing and adaptations to climate change with Dr. Elizabeth Burakowski, Dr. Graham McDowell, Taylor Luneau, and Janet Wilkinson. The panel will be introduced by Al Hospers of NEClimbs moderated by Jimmy Voorhis.

Featured presentation by Scarpa athlete Kitty Calhoun, who has been called the "heroine" of American mountaineering.

In 1985, Kitty was hired at the American Alpine institute and sent to Alaska, Peru, Bolivia, Argentina, and Nepal to guide - mostly peaks above 19,000'. She climbed the Cassin, the second ascent of the Bouchard Rt on Chacraraju, and the W.Pillar of Makalu. She received the AAC's Pinnacle Award (previously the Underhill Award) in recognition of mountaineering achievement. She has since become a mom, and lives with her family in Castle Valley UT and Ouray CO. Alpine ascents with husband Jay Smith include new routes in the Ak-Su, a new route on Middle Triple Peak, AK, and an ascent of the Diamond Couloir in Kenya. She loves cragging on ice, rock and mixed as well as backcountry skiing.

Climbing with women is something she never got to do in her early stages of climbing since not many women climbed. Now, as a partner in Chicks Climbing and Skiing, she works to educate and empowering women through mountain sports. She has also become interested in climate change and as alpinists, we are like canaries in a coal mine. In recognition of this fact, she created a slide show called Last Ascents, and a Tedx talk by the same name.

Gardner's presentation will center on partnership and persistence as he recounts tales of shenanigans and stoke for climbing on three routes on the South Face of Denali.

Mike Gardner is a professional climber and guide based out of the Tetons. He finds constant inspiration in mixing modes of mountain travel to explore the wild reaches of this planet. He has spent 11 consecutive seasons in the AK range where he and his partners have specialized in long single push ascents of some of the range's proudest routes. The son of a life long Alpinist and Mountain Guide, Mike learned the craft at a young age and finds constant joy in sharing wild places with people. His journeys have taken him all over the world, yet he is most at home in AK, the Himalaya and the Tetons.

Theater In The Wood address

Theater in the Wood From IME/IMCS