Welcome to MWV Ice Fest, Nadav Oakes!  Born and raised in Israel, Nadav started his climbing career there.  He taught and trained rescue units as well as military rescue and special ops teams.  While living in Israel Nadav spent much of  his free time exploring new areas for climbing and canyoneering in Jordan.  This ultimately lead him to the writing of a guidebook for Moab, Jordan.

Since coming to the US, Nadav has instructed climbing and mountaineering for the National Outdoor Leadership School (NOLS), and he has guided for Alaska Mountaineering School (AMS), Jackson Hole Mountain Guides (JHMG), and Montana Alpine Guides (MAG).  Nadav enjoys all things vertical, from industrial rope access work to scaling granite big walls in Yosemite, and travels extensively to climb.  He is currently based out of Bozeman, Montana. 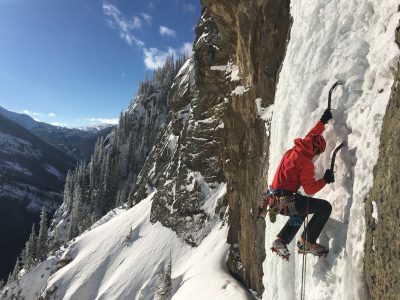 Nadav pictured on Bourgeau in the Canadian Rockies

Alex Teixeira is owner and lead guide at Mooney Mountain Guides based out of NH.  Alex grew up exploring  the wild places of New England, and found climbing while in college, where he studied Special Education.  These early explorations led Alex to rock climbing, mountaineering, and backcountry skiing.  He began guiding the summer of 2007, while still in college, and it became a calling.  Alex is an associate member of the AMGA.  His climbing has taken him all over the country, as well as abroad, but he calls NH, and the White Mountains home. 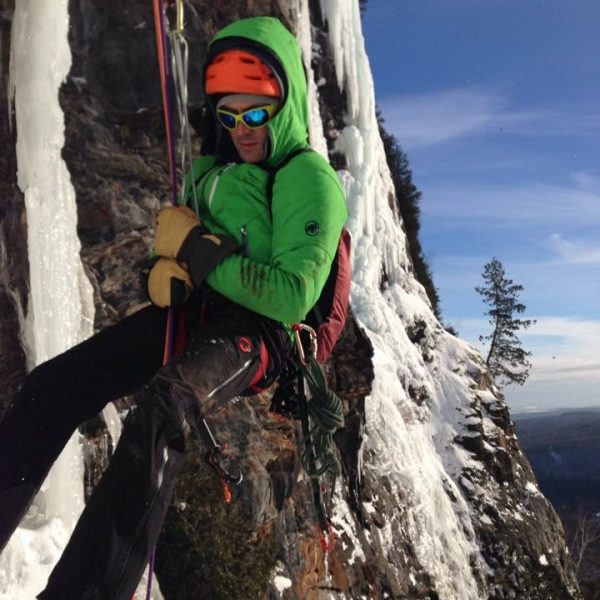