We’re super pleased to welcome Jon Walsh to the MWV Ice Fest lineup this year!  Jon Walsh is an arcteryx alpinist based out of Calgary.  He is a prolific first ascentionist, and a self-described “collector of classic climbs”.  About climbing, in Jon’s words, “The whole physical side of it, I think is something.  I’m kind of addicted to it, I like the exercise.  Even if it’s not always fun.  I never regret going out and pushing myself hard.  It always makes me feel good.”  We can’t wait to hear stories and learn from this mellow powerhouse.

Jon’s obsession for the alpine began with powder skiing when he moved from Ontario to Whistler B.C. as an 18 year old.  He soon discovered a love for ski mountaineering and rock climbing, skills that would eventually become a solid foundation for the adventure he craved. With this in mind, he and some friends moved to the Canadian Rockies in 1999, where the Rockies, Bugaboos and Selkirk mountains provided the playground where the dream of climbing and skiing wild lines could be lived.  Although a lot of legendary ascents had been done already in these ranges, and in a sense shown the way, there was a lot of space left to be creative, open new routes, and even try to raise the bar in the vast Canadian wilderness. Traveling to places like Patagonia, the Alps, Baffin Island, Pakistan, Yosemite, Scotland, and Norway all played roles in developing Jon’s skill set, but climbing in the Canadian Rockies among his local community, on rock, ice and in the alpine, is always his favorite.
Jon’s presentation will share stories and images from some of his favorite climbs over the last two decades .
Big time thank-you to Arc’teryx for sending Jon out.  He will be presenting Friday evening and teaching clinics Saturday and Sunday. 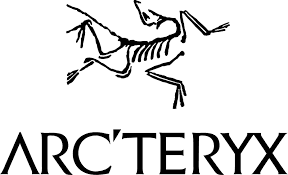