Psyched to welcome back these two rad Patagonia athletes.  Last winter Majka and Anne Gilbert hopped north of the border for a little send-fest in Quebec. Photos here are courtesy of Jason Thompson!!  Get in a clinic with these ladies, real deal crushers right here!! 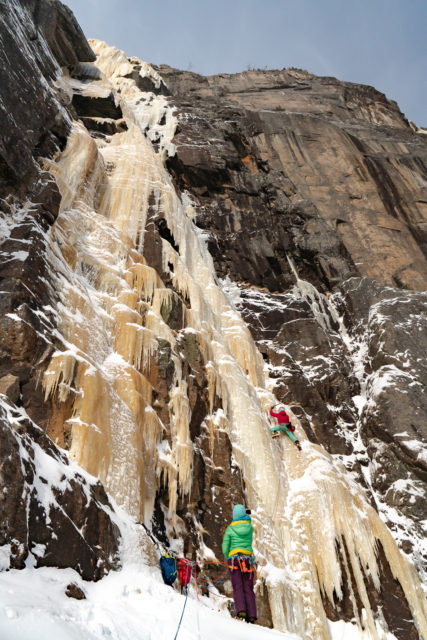 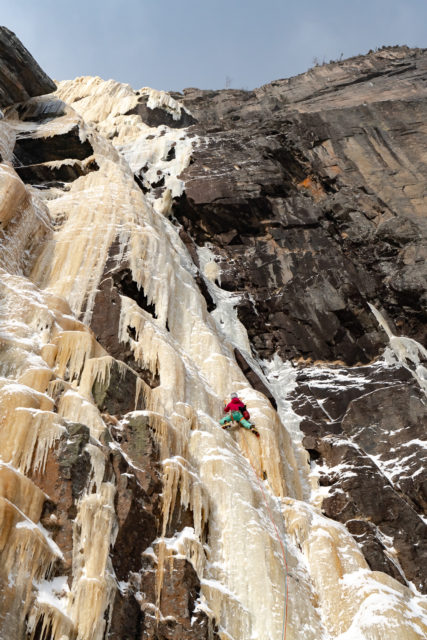 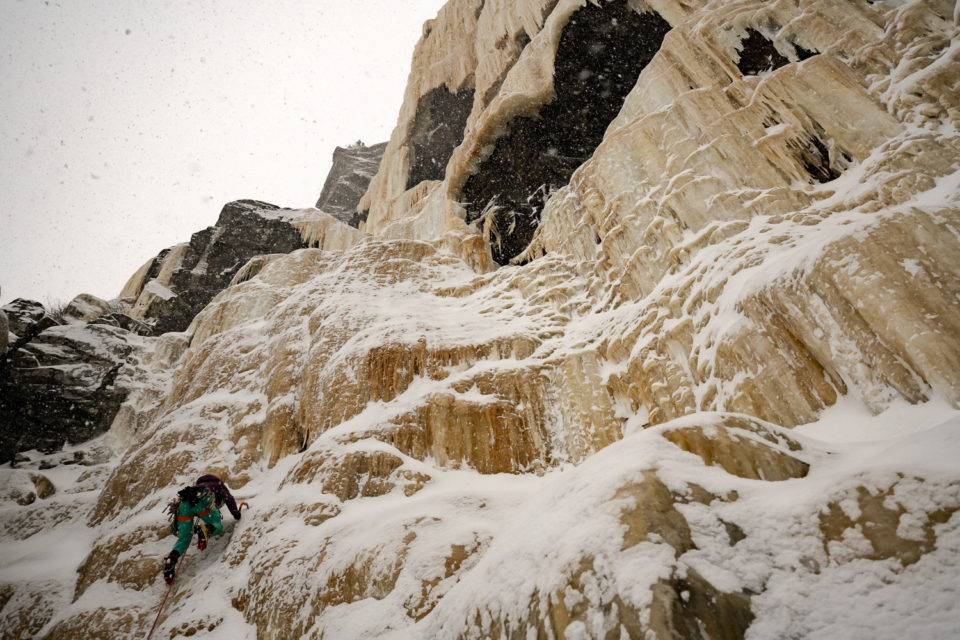 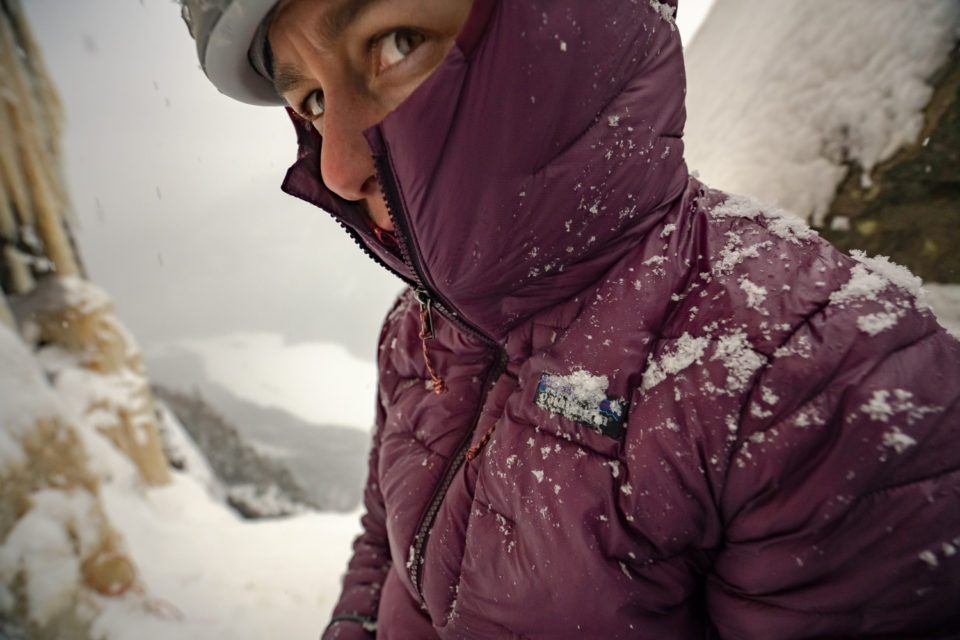 From Majka: “Last winter was a really fun and successful year for me with ascents of a string of rare forming routes (Maine’s Hacket Trembly, Vermont’s Moody Aunt Roody, and the season opener on NH’s Way in the Wilderness to name just a few.) The twins were 2.5 and I was able to get out with great partners all winter and topped it all off with ascents of Quebec’s Pomme D’Or (Grade V, WI5+) and La Lutre (Grade V WI5+ M6)– both on a broken ankle.”

From African rock climbs to New England mixed routes, Majka finds passion in the moment since she believes adventures morph into greater understanding. She climbs full time and is also the author of two books, a filmmaker, the founder of Legado and the mother of twins. Her first lead fall was onto the smallest Tri-Cam and she’s often more comfortable above a micro-nut than a bolt. She’s been known to rollerblade, climb grade 6 ice and put it all on the line in defense of her mountain poodle.
Career Highlights

Anne Gilbert started rock climbing in college, but it wasn’t until she moved west to spend time in big mountains that she fell in love with every discipline of climbing. Since then she’s climbed around the world, including India, Patagonia, France, Spain, Alaska and Canada. She calls Bozeman, MT home where she works as a registered nurse at the local hospital.
Career Highlights 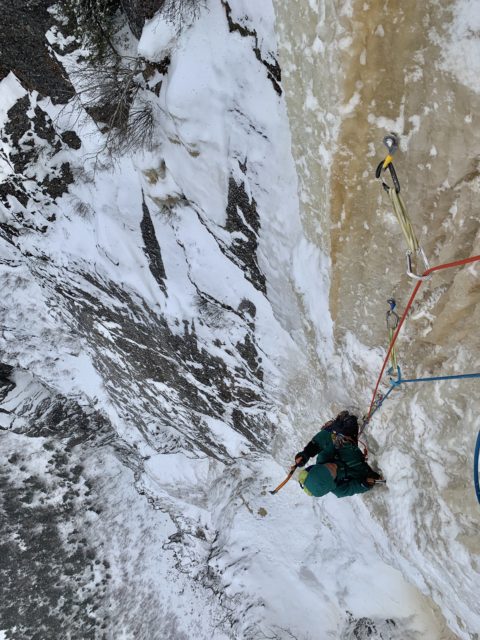