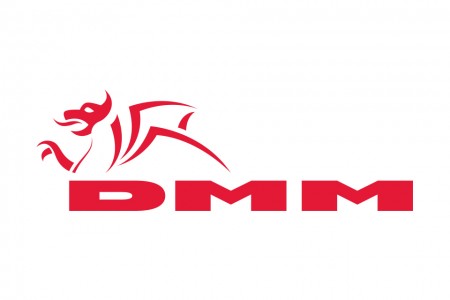 The Mount Washington Valley Ice Fest is thrilled to announce that DMM will be a sponsor for the first time. In addition to giving away schwag and laying out a diverse array of the company’s innovative gear, DMM will also be bringing along an arsenal of demo tools made, like everything at DMM, in Wales for ice-festers to try out. One of the demo tools, the Apex, is incredibly versatile, equally at home on long moderate routes in Huntington’s as it is climbing the imposing pillar on Remission. Another demo option, the Switch, is a more aggressive tool that would also perform well on vertical ice but thrives on steep mixed lines like Dierdre. 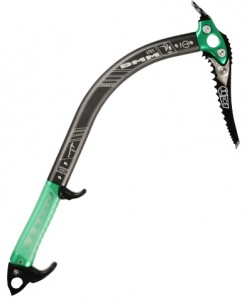 In addition to supplying a generous lineup of hardware, DMM will also be sending along athlete Dave Garry. If anyone could speak authoritatively on how to get the most out of DMM tools, it would be Dave. Having already put up two new mixed routes in Chamonix this season, Dave is on a roll and the staff here at the Mount Washington Valley Ice Fest are delighted to have him at the event. 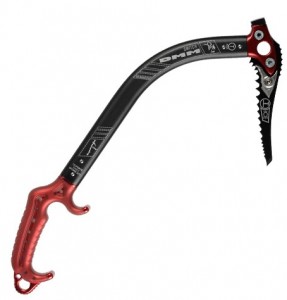 Two years ago DMM athlete Nick Bullock came to ice fest and, after giving one of the funniest slide shows to date, fired many of the hardest ice and mixed lines that the North Country had to offer using the Switch – establishing DMM axes as well suited to New England climbing. At ice fest this year, we are incredibly excited to finally be able to try out these two lightweight, well-constructed Welsh tools for ourselves.