Every year, the guys at the International Mountain Climbing School work super hard to make the Mount Washington Valley Ice Fest an awesome experience for all. This crew has all the local beta and a ton of experience. From Everest to Alaska, from steep waterfall ice to glacier travel, this posse can do it all! Today, we want to introduce a few members of the crew! 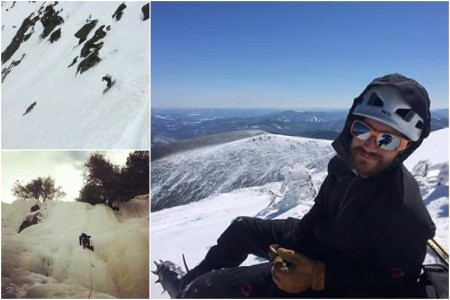 Paul McCoy has been rock climbing since ’94 and ice climbing since ’98. He moved to North Conway in 2002, inspired by the mountains and the infinite possibilities for climbing and backcountry skiing. Paul has climbed throughout the american west as well as abroad, including Northern Spain, New Zealand’s southern Alps and Mt. Arapiles in Australia. Since 2008, Paul has been sharing his passion for climbing at IMCS.  Ice Fest is his favorite climbing event because it brings the community together! Paul will be instructing Friday’s Mount Washington Ascent, Saturday’s Ice Climbing 101, and Sunday’s Alpine Style Climb. 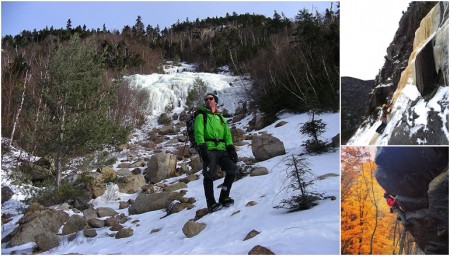 Jon Garlough was born and raised in the granite state. He can often be found bushwhacking around the back country cliffs of New Hampshire developing crags and putting up new routes. He loves climbing areas that are off the beaten path. Jon has been guiding or IMCS since 2012. Get out with Jon during Saturday’s Snow and Ice Skills Clinic or during Sunday’s Mount Washington Ascent.

Chris Magness is a long time IMCS guide. He loves sharing climbing with others. Chris has put up new routes in the area and in a great guy to learn from. You can get out with Chris during  Friday’s Snow & Ice Skills, Saturday’s Alpine style Climb, or Sunday’s Mount Washington Ascent.