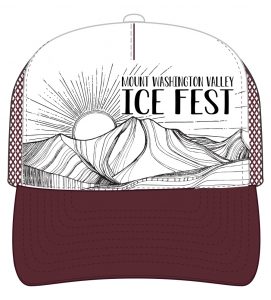 Fun times in the IMCS office!  We have a sneak peek for you of 2019’s official Ice Fest Trucker Hat design (big shout out to Silverline Graphics for doing the heavy lifting!).  We are spreading even more local artist love at Ice Fest this year.  2018 we featured art by Mount Washington Valley native Hannah Lucy  and this year we’re psyched to have the artwork of Emma Yardley featured. Emma is a second generation Ice Fester.  Her Pops, Nick Yardley, was one of the originals way back in 1994! 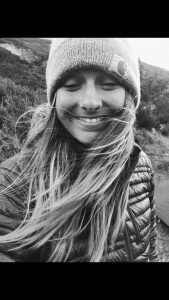 A little about Emma:

“Emma grew up on the ridges and rivers of the north east: where she started climbing Ice at 8 years old and where all her lines and dots began. When she makes it home for Ice she runs up gullies with her Dad, chasing his heels the best she can on big long sufferfest days. She has been on the loose out West for a chunk of time now and finds herself in the Southern Hemisphere in the winters where she works at a flyfishing lodge but is always trying to finagle a bit of Ice season into her year-round summer life. While she’s away she’s always able to go right back to the Whites by drawing them, no matter where she is.”

Hats are available at the Event!!  See you there!