December 31, 2018
“Alpine Dreams: From India to Iran and the Space Between”
Petzl is bringing Anne Gilbert Chase is back for Ice Fest, this year! She will be presenting Saturday evening, Feb 2 at our evening event at Theatre in the Wood in Intervale.  The presentation will focus on her big mountain exploits: climbing in remote places and the personal journey that accompanies a life of alpinism, with its highs and lows both literal and existential.
Anne Gilbert has been particularly busy lately.  She recently took three notable climbing trips; to the Himalya in Fall 2017 where she made a first ascent of Mt Nikantha, to Alaska where she made a first female ascent of Slovak Direct (along with Chantel Astorga) in June, and to Iran where she went on an eye opening rock climbing trip in August.
Along with partners Chantel Astorga and (husband) Jason Thompson, Anne Gilbert put up a new route on the southwest face of Mount Nilkantha in the Garwhal region of the Himalaya.  It was Anne Gilbert’s second attempt at this unclimbed route.  Originally the team had planned on climbing the unclimbed south face of Hathi Parbat, but their permit was denied.  They named their route up Nikantha: Obscured Perception.
Gripped editor Brandon Pullan touched base with Gilbert Chase at Ouray Ice Park in January 2018.

Anne Gilbert again partnered with Chantel Astorga to climb Slovac Direct on Denali in June of 2018.  Slovak Direct is a 9,000 ft towering Alaska Grade VI 5.9X M6 WI6.  This was the ninth ascent of the route, and the first by a female team.

In total, the team spent three nights on the route. The first, their only night of sleep, was at 13,400 feet where they took shelter in a bergschrund near a hanging glacier. They didn’t sleep on night two, where they were on the sloping bench. They spent the third night at 17,500 feet, on the lower-angle Cassin Ridge; it was there that Astorga put a hole in her sleeping pad, leading to another restless night.  (Climbing magazine) 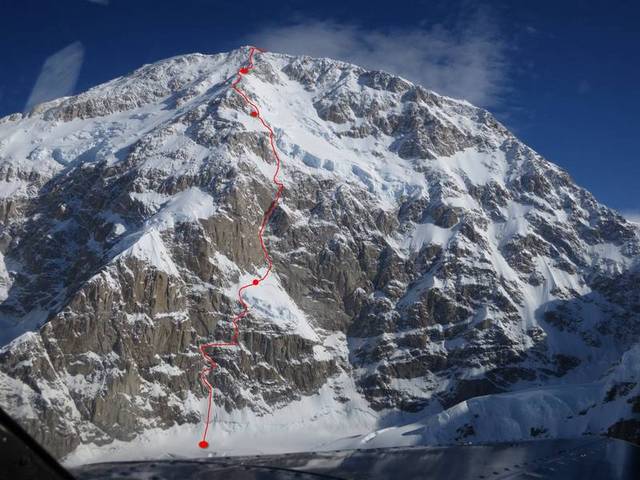 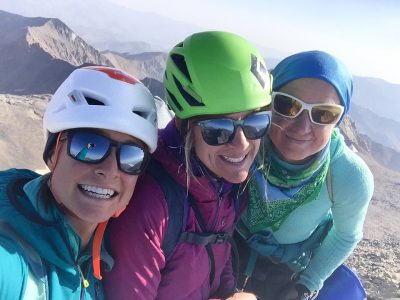 In August of 2018 her travels took her to Iran, where she had an eye opening adventure climbing in beautiful (hot!) wild spaces and connecting with climbers, and a space that has been inaccessible for some time.  She’ll talk about climbing on a big granite wall, at altitude, called Alam-Kuh.
Come see her evening presentation Saturday Feb 2 at Theatre in the Wood!  We can’t wait to hear all about these amazing climbs, and more! 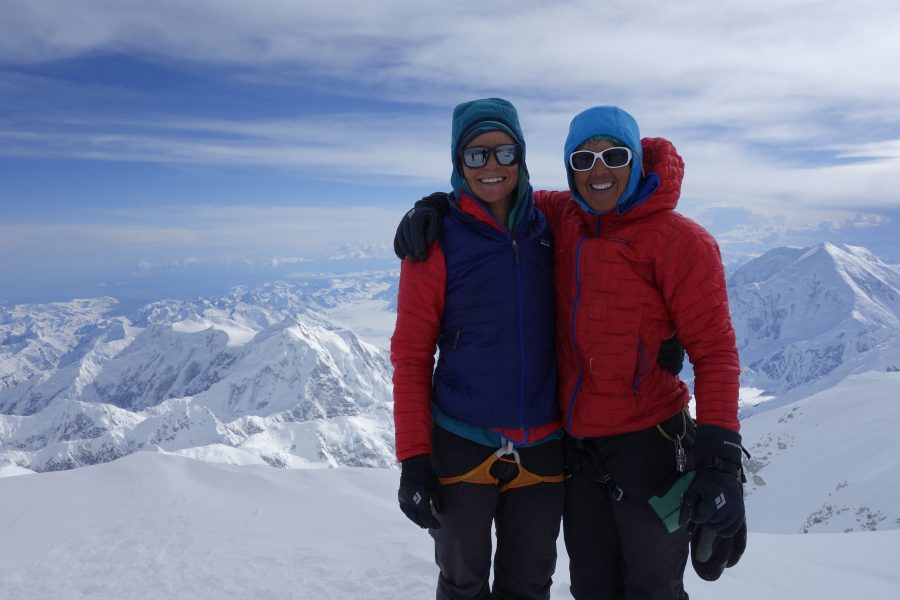 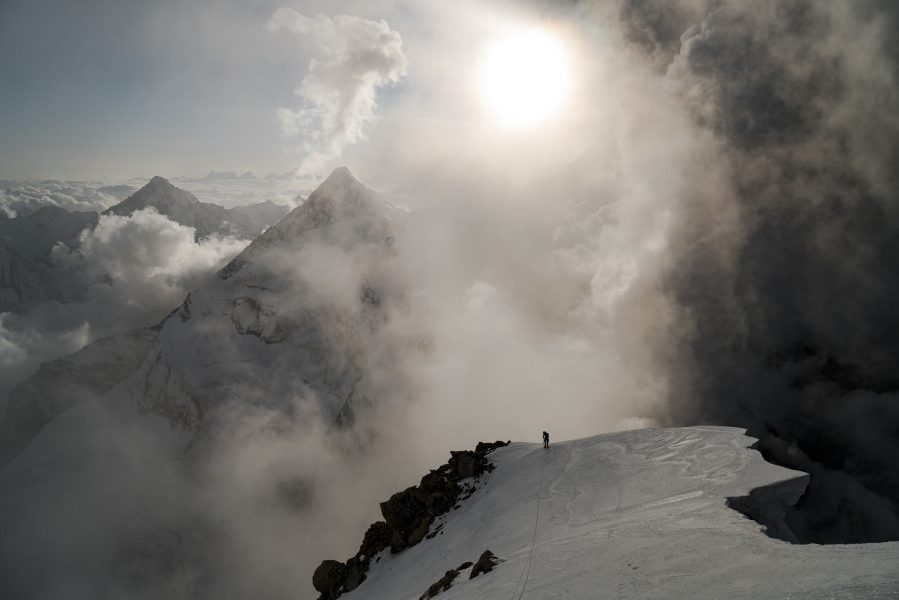 Anne Gilbert Chase feeling small and exposed on the West ridge of Mt Nilkantha in the Garhwal Himalayas of India. 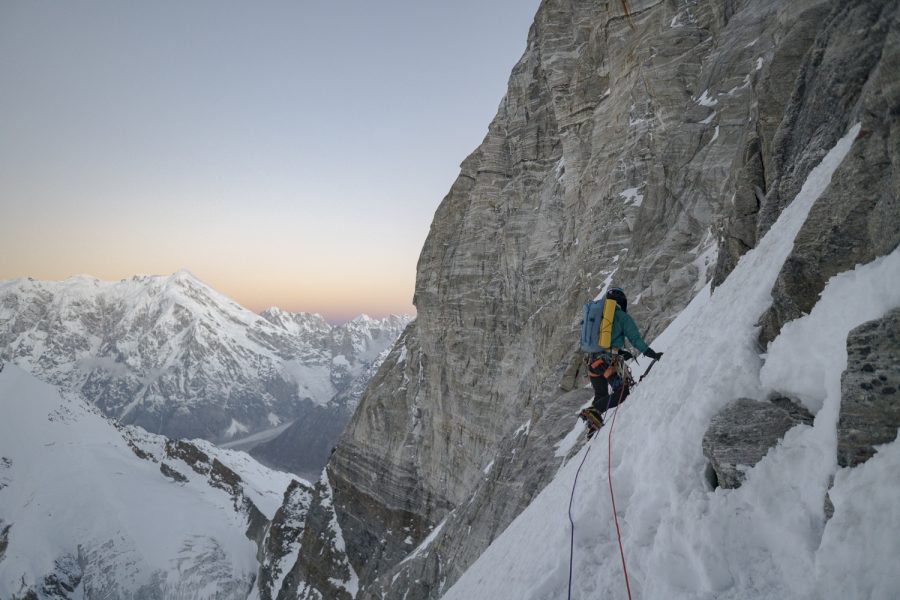 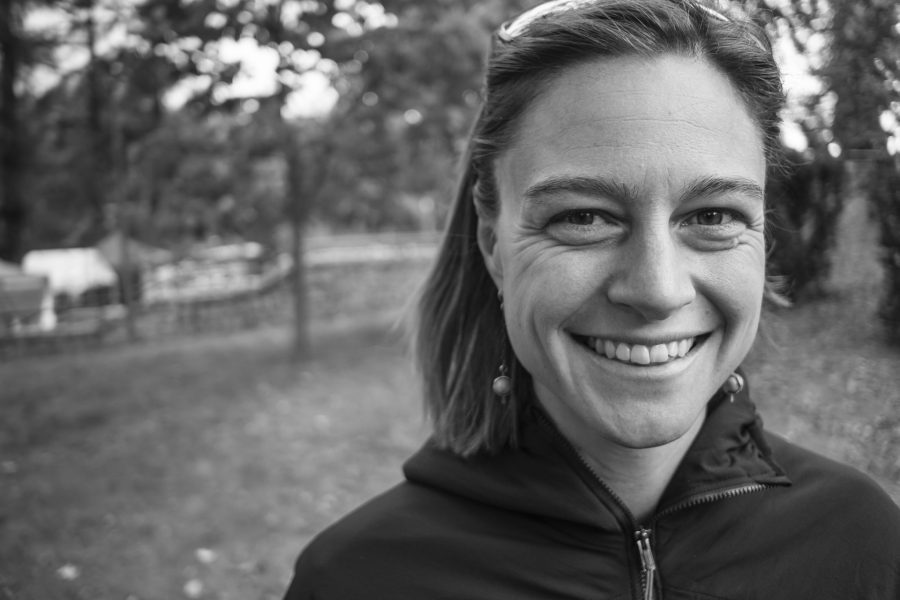