A big thank you to Grivel for bringing Angela VanWiemeersch out for her first MWV Ice Fest!  Angela will be presenting  on Friday evening  at Theatre in the Wood, as well as guiding on Saturday and Sunday!  Psyched to have her join us, and to hear about her exploits on ice Friday night.  She will be presenting on her growth as a climber as she dove headlong into the sport several year back, and hasn’t stopped since!

Angela is originally from the suburbs of Detroit.  She recently put in some serious time north of her old stomping grounds, up on the Upper Peninsula, exploring the amazing ice of her home state.  She spoke to gearjunkie about her First Female Ascent of HMR on a cliff along the Pictured Rocks National Lakeshore of Michigan’s Upper Peninsula. 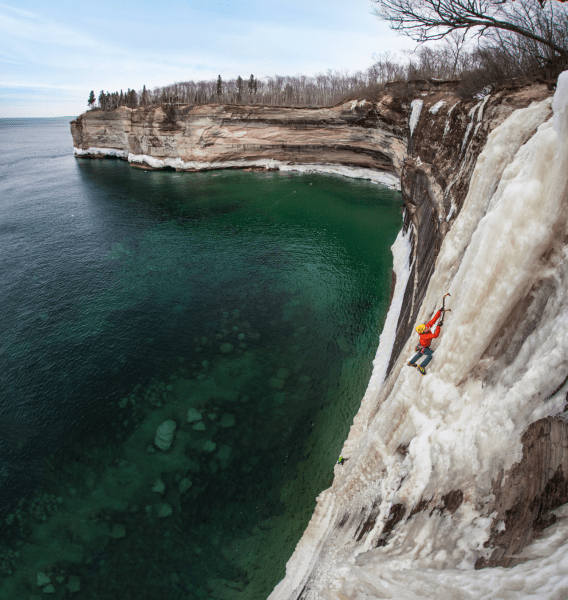 From her Interview with Stephen Regenold published March 2, 2018 on gearjunkie.com:

Congrats on the first female ascent of HMR. It’s a stout climb in a precarious setting. How’d it go?

Angela VanWiemeersch: Thanks. I’ve led HMR twice. My first lead of it was in warm, sticky, and amazing conditions. It was later season, and the angle of the ice was more forgiving. This year, when I led it with Sasha, it was in pretty cold, windy, and brittle conditions. It was also early season, so the ice formed steep. The wind was sure blowing that day, and my hair was whipping in the wind. I find strong winds to be unnerving while climbing. It’s something I’m trying to work through. I always feel like it could just blow me right off the climb!

You’re living this winter in Munising, Michigan. How many first ascents have you made in the U.P. this year?

Two first ascents so far that I’ve led. They are called “Cautiously Optimistic” – WI4, 30 meters – and “Chimp Simpleton” – WI5, 35 meters. The first was a thin smear that had just enough ice to take stubby screws and climb without things getting too crazy. At the end there is a wild and very three-dimensional batwing feature you must climb to top out. Chimp Simpleton was a beautiful vertical pillar that seemed almost gothic in style, with beautiful orange daggers hanging from either side.

Although the technical grade and steepness on Chimp Simpleton made it more difficult, I found Cautiously Optimistic to be more challenging because pulling through the batwing at the top was so awkward! I got stuck for a while trying to figure out how I was going to be able to do it. 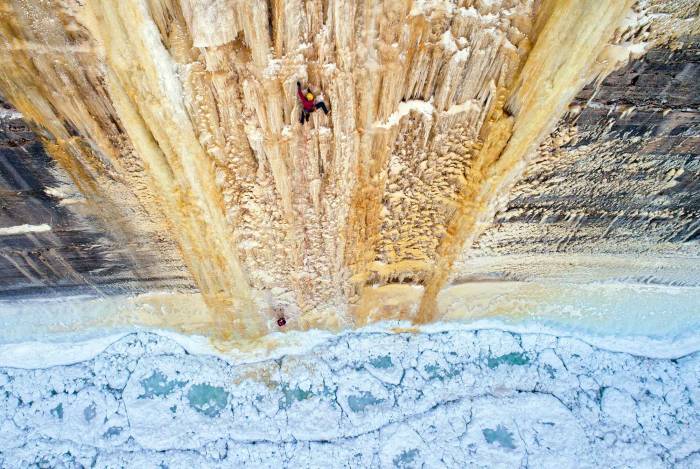 VanWiemeersch climbing in a world of ice, where the vertical frozen meets the horizontal ice of Lake Superior below; photo courtesy Red Bull

For some stoke filled descriptions and photos on her climbing in Zion with late partner Scott Adamson, read his photo essay for Climbing magazine. An excerpt below:

We adopted a method of descending that would make it way more manageable to climb back out if needed. One of us would rap with double 70-meter ropes and put in a bomber anchor. If that pitch looked “leadable” (not necessarily the same as “protectable”), they would holler up for the rest of us to rap down and we’d commit to that pitch by pulling the ropes for the next rap. It was the ultimate ego test. Once we’d arrive at the bottom, the final rope pull was intimidating to say the least. OK, it was frightening as hell! It made us aware of how capable we really had to be. We couldn’t lower off a screw and make the walk of shame to the car to grab a beer. Not a day went by without some wild, scary, and dangerous climbing. 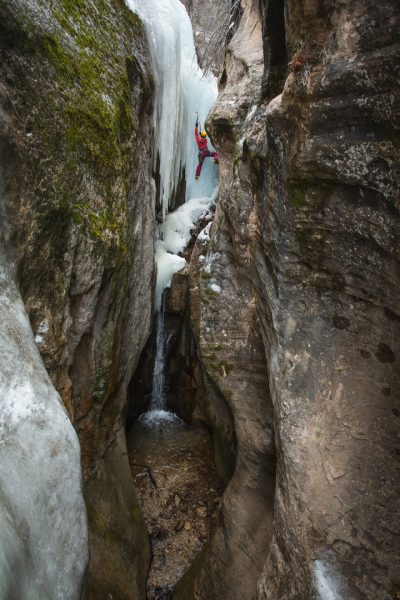 Come check out her presentation Friday evening at Theatre in the Wood where she will be talking about these climbs, as well as her many other travels!!! 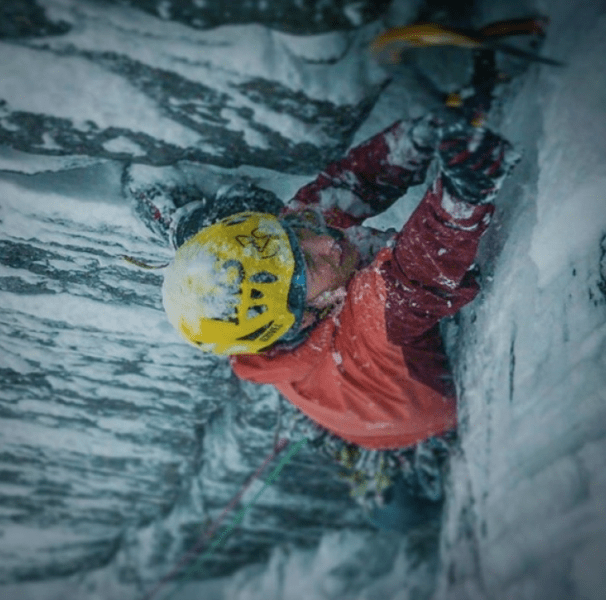