Ice Fest would love to welcome Conrad Yager to the IMCS staff and to 2013 Ice Fest!!

Home > Blog > Ice Fest would love to welcome Conrad Yager to the IMCS staff and to 2013 Ice Fest!! 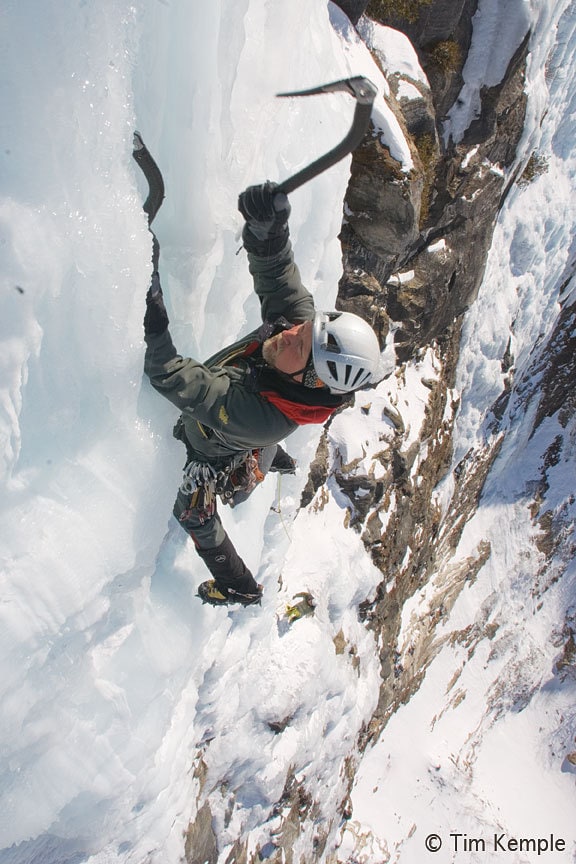 This guy a is a true and humble New England hardman!  We are so psyched to have him as a new addition this year to the IMCS climbing school!  Conrad has such a chilled out demeanour but don’t let him fool you!! Man does he get after it when it is time to climb!! Conrad does not mess around. He may look familiar to you because every-time you open up your guide book to North East ice climbing your looking at him on the front cover crankin up Frankenstein’s classic hard route Alucard.

Conrad is a Petzl ambassador. He started his climbing career in Marine Corp where he worked as a climbing instructor from 1988-1995. After his Marine service Conrad started  guiding in New England and has been teaching ice and rock climbing courses ever since! He is also an AMGA certified rock instructor.  IMCS is pumped to have this guy ! 25 years experience teaching climbing yeahhh!!

Conrad has climbed in Nepal, Alaska (ham & eggs on the mooses tooth), Ecuador, Spain, Malta, Thailand, Canada, California, and Arizona. And oh yeah did we mention he has hit up almost all the the WI5 climbs in the North East!  Solid work Conrad!!!